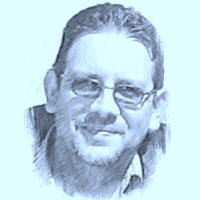 Andreas Floros was born in Drama, Greece in 1973. In 1996 he received his engineering degree from the department of electrical and computer engineering, University of Patras, and in 2001 his Ph.D. degree from the same department. His research was mainly focused on digital audio signal processing and conversion techniques for all-digital power amplification methods. He was also involved in research in the area of acoustics. In 2001, he joined the semiconductors industry, where he worked in projects in the area of digital audio delivery over PANs and WLANs, Quality-of-Service, mesh networking, wireless VoIP technologies and lately with audio encoding and compression implementations in embedded processors. During 2003 - 2005 he was a member of a number of IEEE Tasks Groups (such as the 802.11e, .11k and .11s) with voting rights. For a period of three years (2005 - 2008), he was an adjunct professor at the department of informatics, Ionian University. During this period of time he also taught at the postgraduate (MSc) degree "Arts and Technologies of Sound" organized by the dept. of Music Studies, Ionian University. On January 2008, he was appointed in the position of Assistant Professor at the department of Audiovisual Arts, Ionian University. Today, he serves as Professor of Audio Technology and Electroacoustics and as the Dean of the Faculty of Music and Audiovisual Art.

Dr. Floros is a member of ACM and the Audio Engineering Society (currently serving as the Secretary of the AES Greek Section), while he actively participates in the AES Technical Committee on Network Audio Systems and Audio for Games. During the last two years, he is also serving as an evaluator of European funded national project proposals.

"All truths are easy to understand once they are discovered, the point is to discover them"